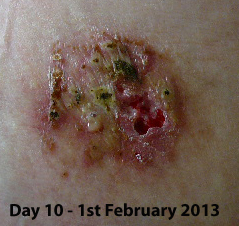 Biofeedback shows that there is a lot of mercury toxicity in my breasts.  I guess the lymph nodes had trouble draining but the emotional issue that was at the core was pretty deep, gnarly with a lot of need for forgiveness.  My understanding is that cancer forms to try to heal toxicity where there is oxygen starvation.  I had mercury poisoning about 2006 and was pretty ill then.  I had mercury fillings taken out.  I have been detoxing since 2008 but mercury is a real bugger to detox when tissue is stuck and cannot drain - just like the trauma I experienced as a kid made me stuck.  And since breasts are about nourishment, it is easy to see why I have not been able to absorb nutrients. 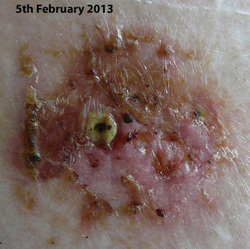 There has not been as much of a reaction as I would have thought of given the size of the lump inside the breast.  However, the instructions I had were to only apply the black salve once or twice and then leave it to complete the healing process.  I have found out since that the black salve needs to be on from start to finish, until there is no more pain and the eschar will then fall off.  I have tested this area a couple of times since the first time and not had a reaction, so there must have been enough healing happening here.

I had felt some lumps in my chest area and applied black salve to different areas where the lumps were which did cause quite a reaction.  It seems more like a skin cancer reaction to me now (in hindsight) and while treating skin cancer on my back where there was a mole.  The biodynamic feedback did not show up the normal oestrogen type of cancer, more from mercury toxicity.

I hope you enjoy the butterflies.  They look prettier than nipples :)
Below are the results of thermal imaging (breast thermography) that I had on 6th August 2013.  This is a non-toxic type of breast screening.  I would have loved to have had this done before I started treating my breasts with black salve, however finances did not allow that at the time.  I was also very confident in the biofeedback session I had.  The reaction to black salve was evidence that there was cancer there, although now (18 September 2013) it seems to me that it is not a primary source. 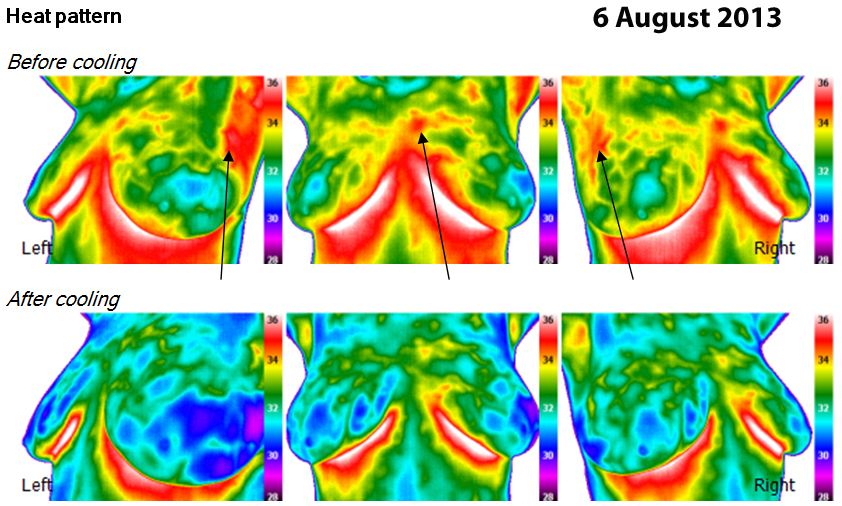 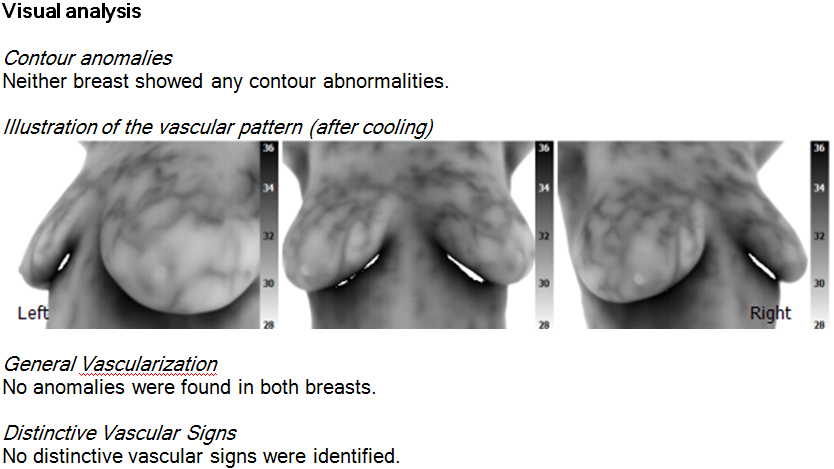 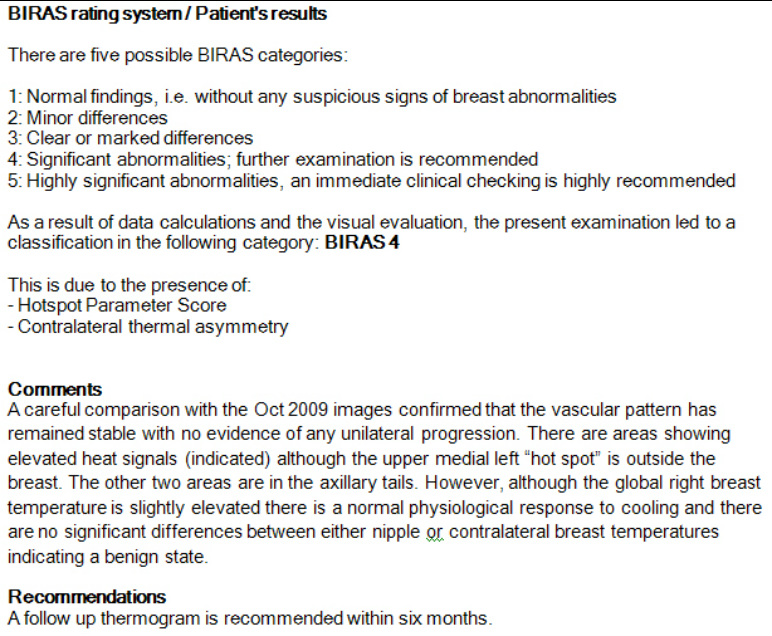 19th December 2013.  My left breast has had a huge lump in it.  It is benign and probably a blocked duct.  It got very large and I was feeling rather lop sided.  A naturopath recommended that I apply DMSO to it.  I figured after watching Dr Simicini's movies about cancer being a fungus that can be treated with baking soda, that I would mix baking soda into the mixture.  The lump is reducing extremely fast.  It is now about one third of the size (now about 2.5 cm diameter.  It stings only slightly once the mixture is applied to my skin after I clean it with 3.5% hydrogen peroxide.  I put a thin layer on it and leave it open to the air (go topless) for about 45 minutes.  I am super happy with this result as I now do not have to have the lump surgically removed!  When I apply the DMSO/baking soda mix to my back where there is unfinished cancer business, it stings like crazy.  At first I used to have to jump in the shower and wash it off, but I now can leave it on until it is completely soaked in.  Click here to see more on that story...

Please note that this is a personal story and is only a description and photographic evidence of the process, the thoughts involved, an account of the healing journey etc.  What people do with this is up to them.  My hope is that it will inspire people to take response-ability for their own health in a way that most empowers them, and also that some ethical researchers would do the proper research into this so it can be readily made available to those who wish to use it with the support and back up that is so much needed.